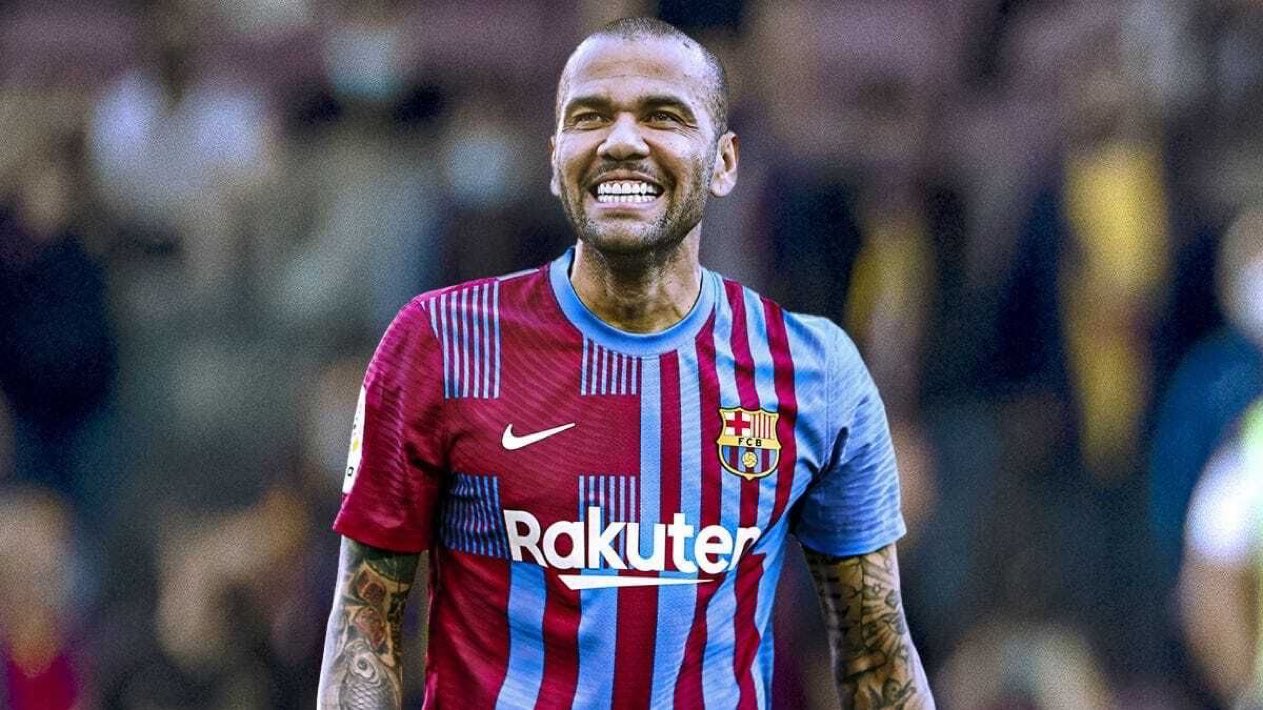 Alves enjoyed a successful stint at Barcelona between 2008 and 2016 before leaving the club on a free transfer. The Brazilian had stints at Juventus, Paris Saint-Germain and Sao Paulo before returning to Camp Nou in November last year, signing on a Bosman deal when his contract with Sao Paulo ran down.

Alves was successfully registered as a Barcelona player in January, and has been a regular presence in the side ever since, playing an important part in the Catalans securing a second-place finish in La Liga. However, he did not play a part in the club’s UEFA Europa League campaign as he was not registered for the competition.
Nevertheless, Alves has proven his worth to the side and, with his current contract expiring in June, has asked Barcelona to offer him a new short-term extension. It is claimed that Alves is keen on making the Brazil squad for the 2022 FIFA World Cup in Qatar later this year and believes that staying at Camp Nou would be his best chance of making Tite’s roster for the competition. So, he has now requested the Blaugrana for an extension, at least until the end of the year.
Upon returning to Camp Nou in November last year, Alves had signed a contract worth €100,000 per week salary, along with a bonus of €3 million if he played more than 60% of the matches Barcelona were involved in following his comeback. Having featured in 16 out of the 22 matches he has been eligible for, the 39-year-old will be pocketing the bonus.