Brazilian international Dani Alves was an unused substitute as Barcelona suffered another disappointing result at home. Dani Alves was left on the bench for the entire duration of the game as Barcelona record a third straight home defeat with the 1-0 defeat at the hands of Rayo Vallecano. 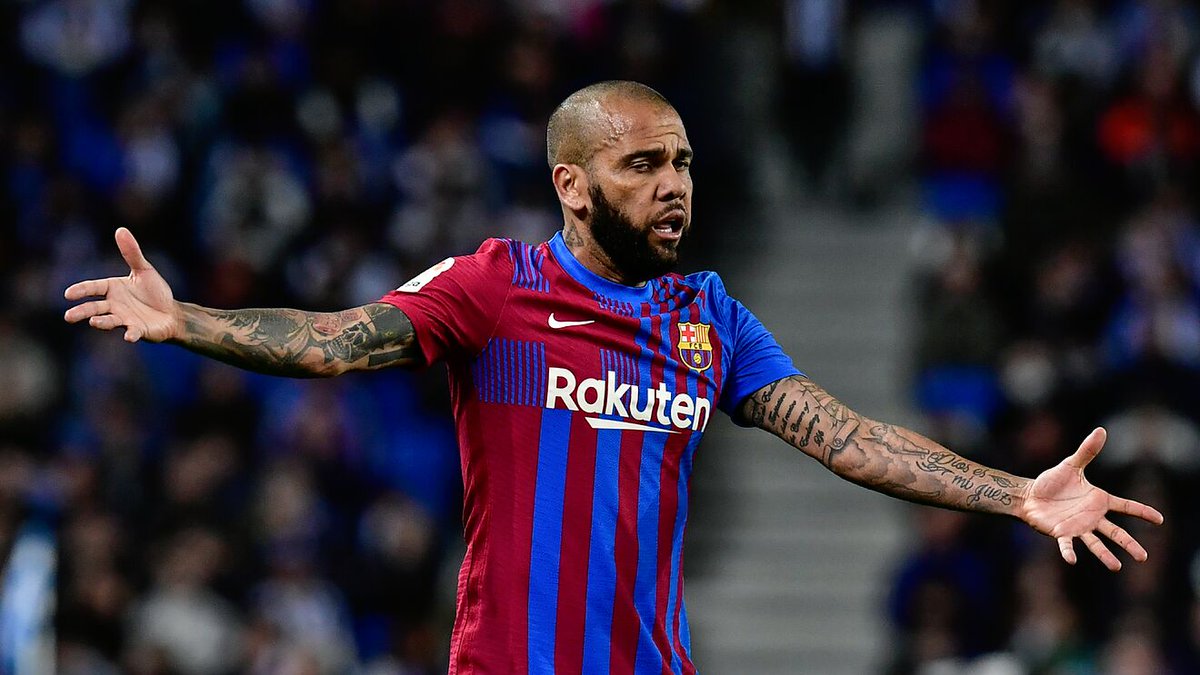 The improvement at Barcelona under new manager Xavi Hernandez has been evident thanks in part to the new signings. Dani Alves is one of the new signings at the club after he made a return to play for the Catalan giants. Alves decided to leave Sao Paulo in the Brazilian league due to the debts owed the player. The right-back was released by mutual consent after failing to report for training at Sao Paulo.

Apart from Dani Alves, the other new signings at Barcelona are Gabonese star Pierre-EmerickAubameyang, Spanish international Ferran Torres and speedy Spanish winger AdamaTraore. Aubameyang signed for Barcelona as a free agent in January after his contract at Arsenal came to an end mutually. Traore signed for Barcelona on loan from Wolves until the end of the season with the option to sign him permanently in the summer, while Torres was a permanent transfer from Premier League champions Manchester City. Alves agreed a return to Barcelona towards the end of last year, but the Brazilian star could not playuntil the start of this year as he was ineligible. The other three signings joined Barcelona in January.