ALVES PENALISED IN WIN OVER LEVANTE

Brazilian international fullback DaniAlves didn't have the best of games as his Barcelona side left it late to secure a 3-2 away win over Levante in the Spanish La Liga last weekend.Dani Alves was given a start by manager Xavi Hernandez for the trip to face Levante in the league and he lasted 80 minutes before being replaced by French defender Christian Lenglet. 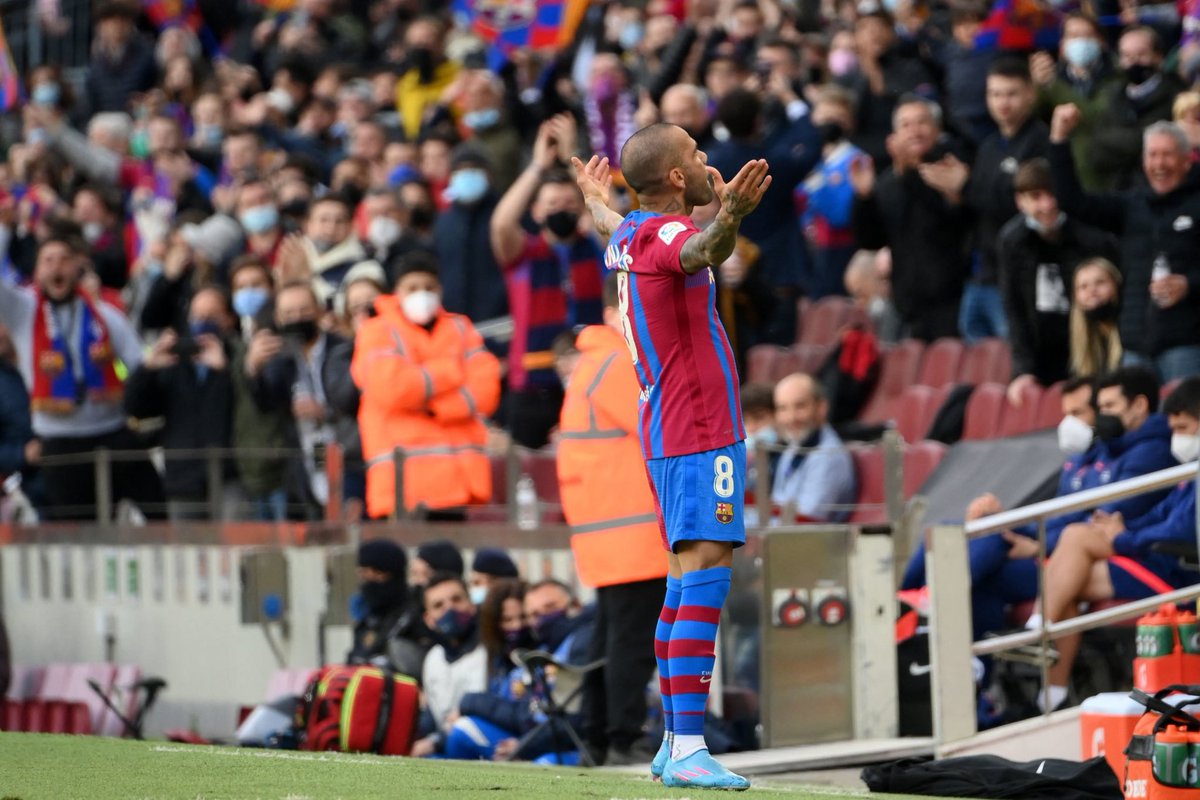 Barcelona were unable to establish a lead in the first half despite dominating possession and they went behind seven minutes into the second half when Dani Alves was penalised for a foul on Levante fullback Son. Jose Luis Morales stepped up to score the resulting spot kick and give the hosts the lead.

In a matter of minutes, Barcelona were in trouble again when Spanish international centre back Eric Garcia was adjudged to have handled the ball but Roger could not score the resulting penalty to give Levante a two-goal lead.
Roger and Levante were made to pay for the missed penalty after Barcelona scored twice in four minutes to take the lead for the first time in the match. Gabonese striker Pierre-Emerick Aubameyang has been in sensational form since his move to the Catalan giants at the end of the January and he applied the finish to the pass from French winger Ousmane Dembele just before the hour mark before the Spanish teenage duo of Gavi and Pedri combined for the former to score the second Barcelona goal on 63 minutes.
Barcelona were on their way to an away win over Levante before substitute Lenglet was penalised for a foul in the box. Gonzalo Melero stepped up to score and level proceedings. However, Barcelona had the last laugh when Dutch substitute Luuk De Jong scored in the second minute of added time to win the three points for the five-time European champions.