Thomas Tuchel hopeful of continuing with PSG next term

Paris Saint-Germain manager Thomas Tuchel has indicated that he is hopeful of continuing at the helm next season despite the club’s average campaign. The Capital outfit had been expected to celebrate a domestic double after celebrating the league title earlier in the month, but the same did not happen following their shock penalty shoot-out defeat to Rennes in the Coupe de France final. 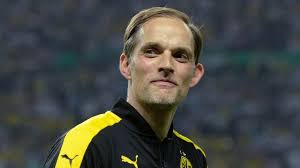 Speaking after the game, Tuchel admitted that he would prefer to continue working with the Parisian outfit next season despite the disappointing end to the campaign. He added that he cannot explain the outcome of the game, considering his players were cruising during the early phase of the Cup final.

He said: “Of course I want to continue! It's too early to take stock. I have to think for a few days. This is not an easy situation. It's difficult to explain, also for me, because we made a good start to the game, very strong, very structured, with many qualities and many opportunities. We had a lot of chances throughout the game. But after leading 2-0 it's hard to explain. For me it is a great disappointment to lose the second half 1-0. I have no explanation.”

Paris Saint-Germain were 2-0 up after 21 minutes into the game with Dani Alves and Neymar finding the scoresheet. However, Rennes made a stunning comeback through a Presnel Kimpembe own goal and Edson Sitoe strike and they managed to hold on to the result until the shoot-out where they prevailed after Christopher Nkunku slammed his effort over the bar.

With the result, Les Parisiens have witnessed one of their most disappoint seasons over the past seven years and it remains to seen whether the hierarchy consider a change in management ahead of next season. Jose Mourinho, formerly of Chelsea and Manchester United, has been regularly fancied to replace Tuchel over the past few months.