Arsenal defender David Luiz has said that the youngsters at the club have earned their opportunities to impress on the basis of their hard work this season. Joe Willock, Reiss Nelson and Bukayo Saka are some of the academy players, who have earned regular gametime this term and the latter has started the last two Premier League matches for the club. 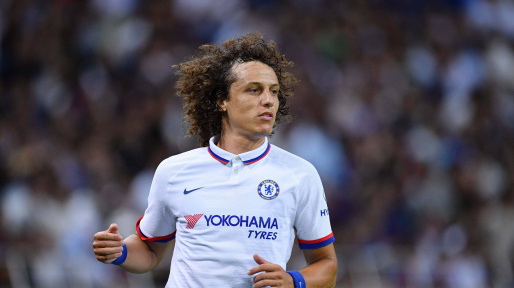 Speaking to reporters, Luiz insisted that the young players at the club have not been gifted with opportunities and they have earned it on the basis of their quality, he told: “I think we are not (simply) giving the opportunity to the young players, they deserve that. They are working hard and show that every day. Even with being so young, they know how to play football. I think now all the young players are more mature than before, I think our team has a lot of talent.”

The Gunners have made an average start to the current season and they are nonetheless occupying the fourth spot on the table after the 1-1 draw against Manchester United on the road. In the attacking point of view, they have been successful with the presence of Pierre-Emerick Aubameyang but they surely need to shore things at the back.
Luiz’s arrival from Chelsea was anticipated to strengthen the Gunners defence but that has certainly not been the case so far. While Luiz has already been guilty of conceding a couple of penalties, Sokratis has looked the more vulnerable and there are calls from the supporters for the duo to be benched.

Young duo Calum Chambers and Rob Holding have been identified by many as the ideal central defensive partnership but that appears unlikely to happen at the moment with manager Unai Emery reluctant to play the latter regularly following his recent return from a long-term knee injury.