Dani Alves has confused fans after posing in the new kit of Paris Saint-Germain after leaving Barcelona for the second time in his career. Barca did not extend the short-term contract of Alves even though the veteran right-back was hoping to stay at the club for at least the first half of next season to keep his World Cup dream alive, meaning that he is now a free agent and on the lookout for a new club. 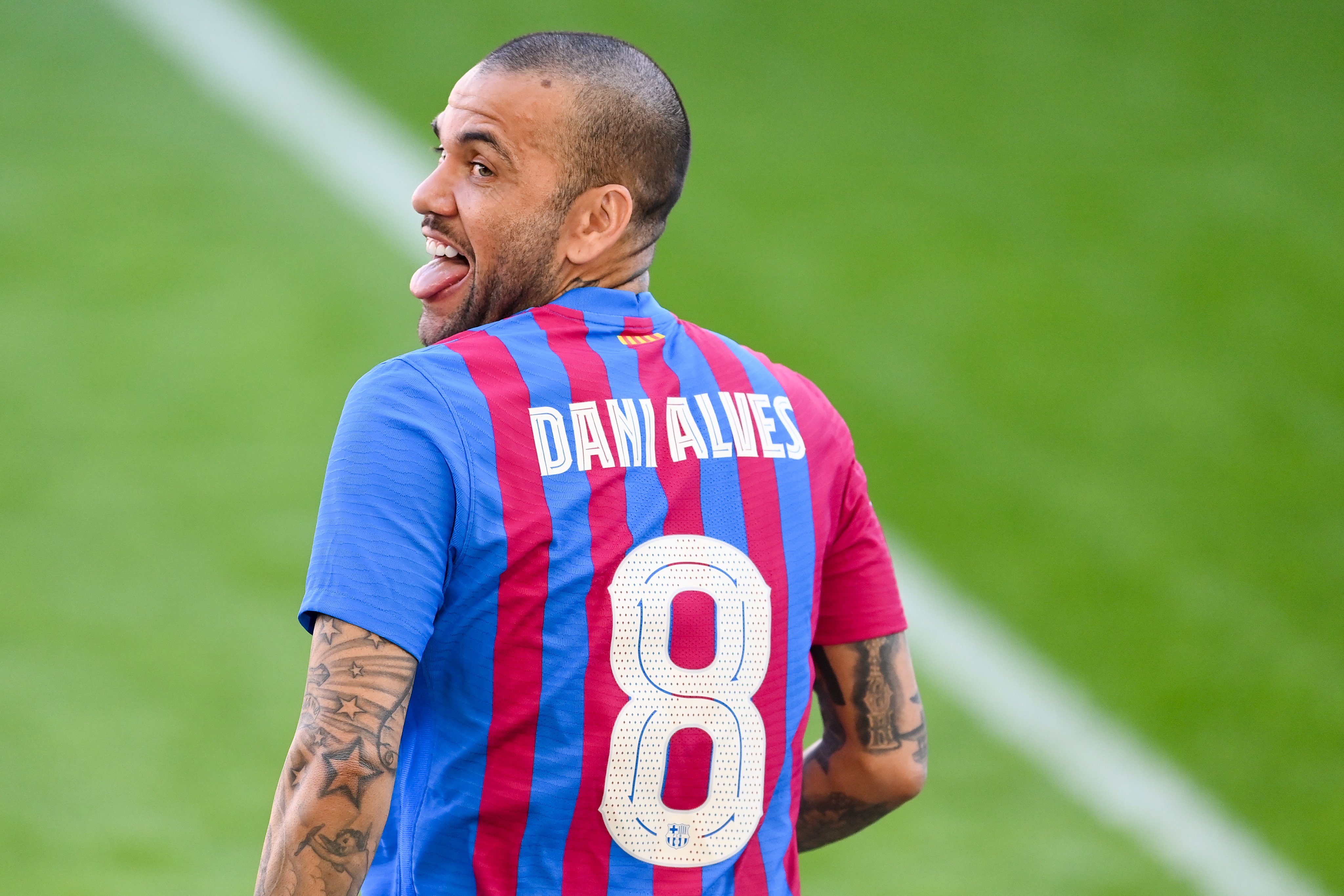 The Brazilian right-back became the first signing of Blaugrana boss Xavi Hernandez at the Camp Nou, arriving on a free transfer in January after his contract was cancelled at Sao Paulo last September. Alves returned to the club after five-and-a-half years away earlier this season and became an important member of the first-team squad, playing 17 matches in the second half of the campaign for the Blaugrana – scoring once – but his deal was not renewed.

Alves wants to participate in his fourth World Cup and add to his 122 caps for the Selecao, for whom he has won multiple Copa America tournaments alongside last year’s Olympics Gold medal. But he has never tasted success in the World Cup. The veteran defender has been enjoying his time off by visiting the French capital, where he has been spending time with his Brazil international teammates Neymar and Rafinha. Indeed, he has taken to social media by posing with the shirt of PSG – which other photos show had Neymar’s name and number on the back.
Alves, 39, joined Les Parisiens in the summer of 2017 as a free agent following his one season at Juventus. He would score eight goals across 73 first-team appearances for PSG, where he played under Unai Emery and then Thomas Tuchel. The Brazilian won six trophies in those two campaigns in Paris, including two Ligue 1 titles.