Taking to social media, Barcelona right-back Dani Alves has announced that he will be moving on from Camp Nou this summer when his contract runs down at the end of June. Alves returned to Barcelona only seven months back, joining on a free transfer after his contract with Brazilian outfit Sao Paulo had expired. The 39-year-old came back to Camp Nou five years after leaving the club but had to wait until January earlier this year to be registered as a Barcelona player and make his second debut for the Blaugrana. 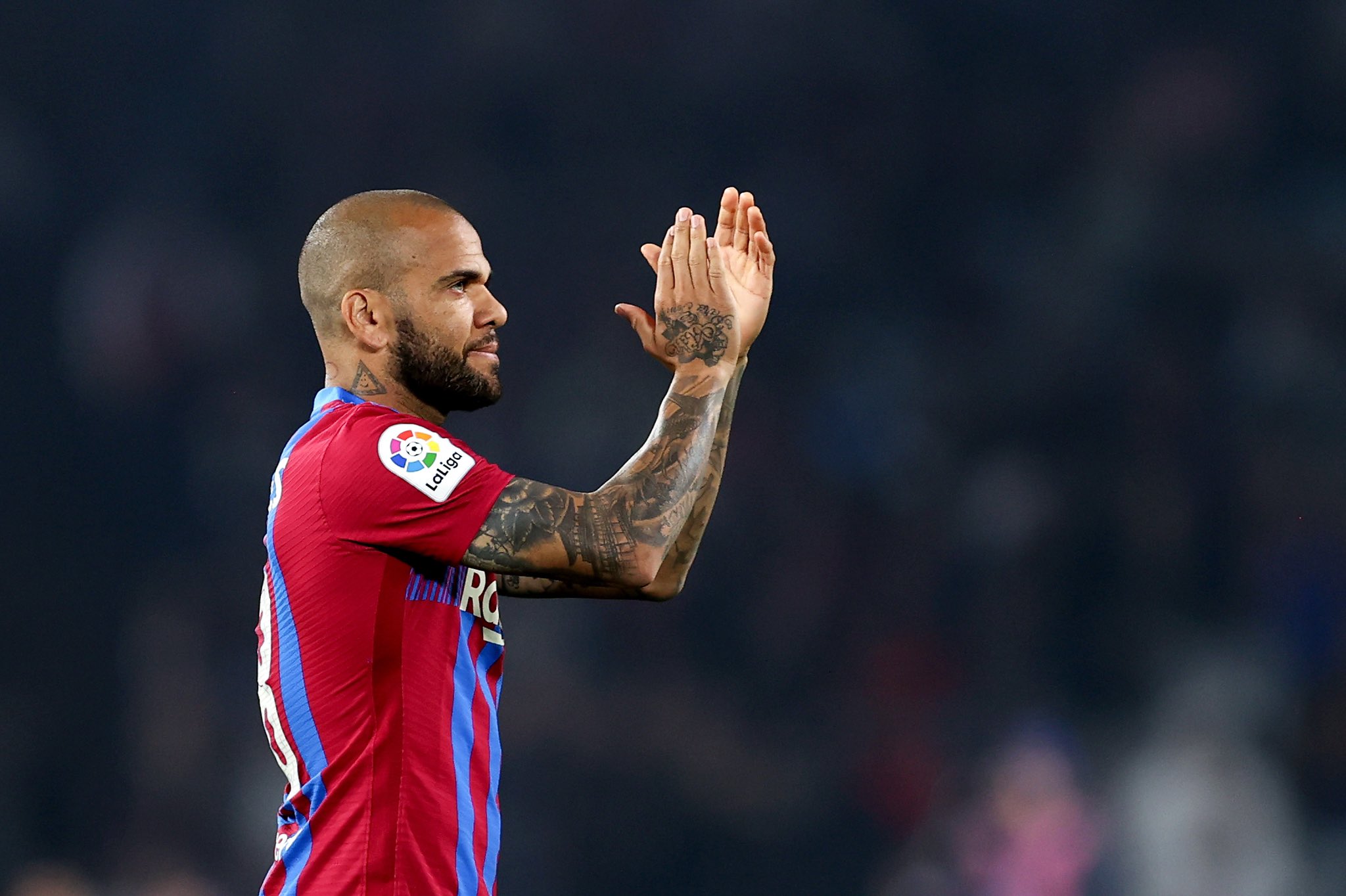 Alves featured 16 times across all competitions during the second half of the 2021/22 campaign, contributing with a goal and three assists. He was not registered in the UEFA Europa League squad that limited the number of matches he played. The Brazilian international had signed a short-term contract with Barcelona that runs out on June 30. But, there had been talks about a potential extension for the veteran defender only until the end of the year so that he can be in top shape for the FIFA World Cup later this year.

However, Barcelona have decided not to go through with such an operation, partially due to their financial situation, as well as their pursuit of Chelsea captain Cesar Azpilicueta. The Catalans communicated the same to Alves earlier this week, and the 39-year-old has now issued a confirmation about his imminent departure from the club with an emotional post on his Instagram account.
He said in his post: “Dear cules (Barcelona fans), the time to say goodbye has really arrived now,” Alves wrote on Instagram. “For more than 8 years I have dedicated myself to this club, these colours and this home, but like everything in life, the years go by and the paths take a detour and the stories are written for some moments in other places, and that is how it has happened.
Alves’ departure could now lead to Barcelona retaining Sergino Dest, despite the USMNT star being linked with an exit.