Barcelona has confirmed the injury of Frenkie de Jong on Sunday and he will be on the benches temporarily. They have done health year regarding the injury and they have found the injury in the player’s right leg. He was part of Barcelona team in the first match after the resumption of the league against Mallorca which Barca won for 4–0. But he was absent from both the games against Sevilla and Leganes. 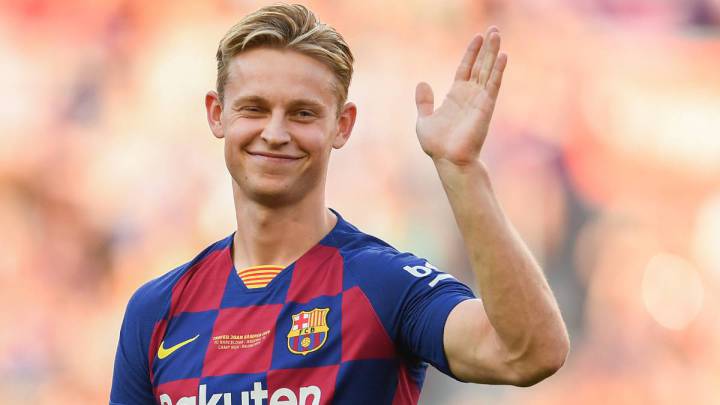 Barca is unsure when the midfielder will be able to play for the team, as it will take more time for the player to recover from the injury.
De Jong was transferred from Ajax on last summer and he there were many expectations regarding him. He has been a consistent part of the first team of Barcelona in the current season. Even though Netherlands manager Ronald Koeman has questioned the Spanish club’s decision on choosing his position on the field, he believes that he will be better playing in the deeper position of the team. In the present season for Barca, he has played for 38 matches and has scored a couple of goals and assisted two goals.

Former Netherlands player Wesley Sneijder believes that once Messi leaves the club it will be de Jong who will be taking up the place,as he believes that the young player has got the potential to play good football. By choosing Barcelona, he made a good decision as his style of play clearly suits the football in Spain.
Barcelona is currently on the second slot of the table with the same points as Real Madrid. Madrid moved up the table as they won the match against Real Sociedad for 2–1. Barcahas won the first two matches against Mallorca and Leganes and had a tie with Sevilla. They will be playing in their home against Athletic Club on Tuesday which they would need to win to move up the table.