ALVES RETURNS TO BARCELONA FOR PUMAS 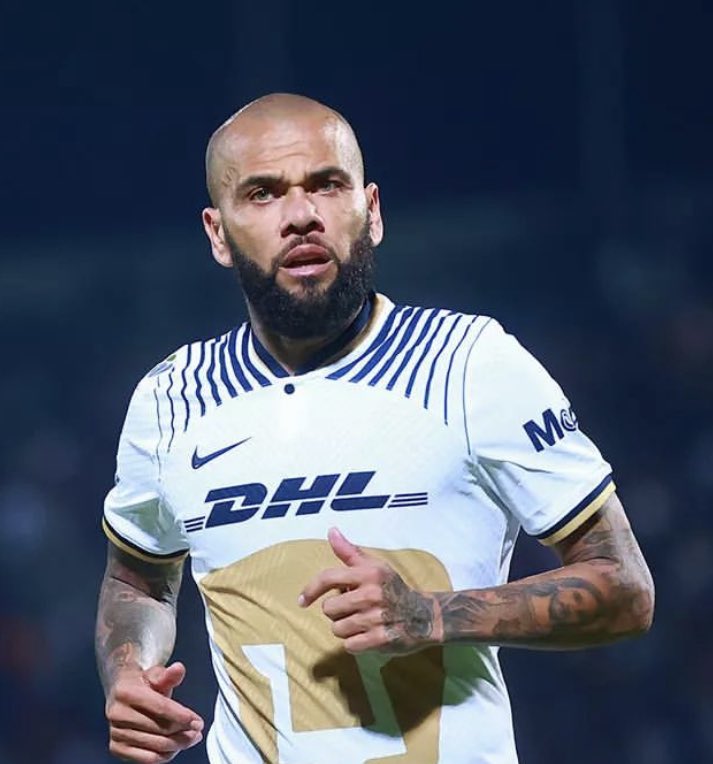 Barcelona officials decided against giving Dani Alves a new deal with his aforementioned short-term contract billed to expire this summer. Former Sevilla and Paris Saint Germain (PSG) defender Daniel Alves became a free agent at the end of his short-term deal at Barcelona and he went on to sign as a free agent for Mexican side Pumas UNAM in the Mexican league.

Pumas UNAM and Barcelona met at the Nou Camp for this year’s Joan GamperTrophy and it was the Catalan giants who ran out comfortable winners thanks to a 6-0 scoreline. Dani Alves could not save his new team from a heavy defeat at the hands of his former team. Ahead of the game, Alves was given a rousing reception by the Barcelona fans. Over 80,000 fans were jn attendance to warmly applaud Alves who’s a part of the recent successful era at the club. Dani Alves was presented with a commemorative shirt and shield before the game against Pumas UNAM.
Barcelona opened the scoring after three minutes thanks to the goal from new signing Robert Lewandowski and he turned provider for the second goal scored by Spanish international star Pedri. Brazil international Raphinha is one of the new signings at Barcelona this summer and he was the recipient of the assist for the third Barcelona goal from Frenchman OusmaneDembele. Pedri added his second goal for a 4-0 victory at the end of the first 45 minutes. Pierre-EmerickAubameyang and Frenkie De Jong scored in the second half to make it a more convincing win.